A child with an active imagination, I would often look through the big picture window, across the beautiful Loxley valley to the great city of Sheffield nestling in the hills beyond.

Sheffield is a huge city, and for centuries it was the city where steel was made. It had been heavily bombed during the second war. 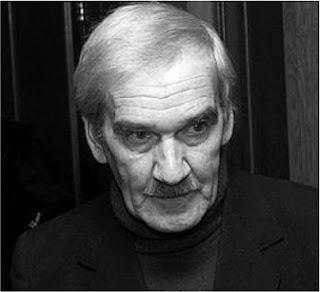 I used to imagine the air burst of the bomb that would kill the great city.

First there would be a siren. A screaming from the sky. People would look up.

And then the flash. A flash so bright it would blind everyone looking at it forever.

I would be standing in the big room of my parents' house in the village I loved, but I would be blind and screaming in pain.

The bomb would explode above the ground. They do more harm that way. A piece of the sun brought to earth.

The terrible light would flash over the city, melting anything near, setting fire to everything it touched.

I would be standing in the big room of my parents' house in the village, looking at the city I went to school in, where all my friends lived. But I wouldn't be able to see anything. My skin would be burned. My clothes would catch fire. The carpet and the sofas would burst into flames. I'd be blind and screaming in an inferno.

And then the blast would come. And the window would shatter under the hammer of the wind.

Flying glass fragments would lacerate our home. If I was lucky one might kill me.

But probably not. I'd imagine I'd get a few in the eyes though. I imagine losing even blind eyes hurts.

I might make it out of the fire. You never know.

But I'd already be dead. I'm burned and cut and blind and no one is coming to help.

My father might have lived. He was always in the garden, on the wrong side of the house.

We were miles away from where the bomb would burst. The big stone house might have shielded him. He might even have kept his eyes.

But not for long.

The last horror is the ash of the great city itself. Falling everywhere as radioactive poison.

An agonising, humiliating death that takes days. The fate of anyone unlucky enough to survive a nuclear attack.

That was what we worried about in the last days of the Cold War.

On September 26, 1983, Lieutenant Colonel Stanislav Yevgrafovich Petrov chose not to destroy the world.

When an engineer designs something, he tends to think in a hierarchy of parts.

For instance, a car is thought of as an engine, transmission, wheels, chassis and bodywork.

The engine is a self-contained part. I live on a narrowboat, and its engine is actually a diesel engine designed for a van.

So independent is the engine from the rest of the van that it can be used as a component in a different vehicle entirely.

The engine itself has distinct independent transferable components. Identical pistons can be used in several different types of engines, and the same is true for many other parts.

This hierarchical principle is even more pronounced in the design of computer programs.

Abstraction is the breaking of complex ideas and difficult techniques into simple reusable components which are understandable on their own.

Combination is used to make ever more complex and useful structures out of the simple pieces.


It is thought that this 'hierarchical design' is psychological. It makes things easier to understand if they can be understood piece by piece.

But the same hierarchies are evident in animals and plants.

I have a heart, which is interchangeable with other human and animal hearts.

But evolution has no mind.

So this apparent hierarchy cannot be psychological.

What is its cause?

It is possible that the hierarchical design in nature is illusionary, and that we are, with our hierarchical minds, perceiving a structure that is not there.

I do not believe this.

I suspect there is a mathematical answer, that causes mindless evolutionary processes to produce hierarchical designs.